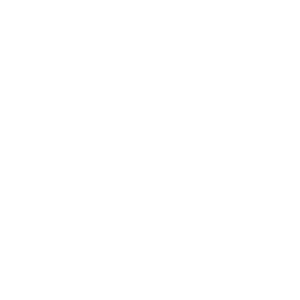 What we believe about Jesus, the Bible, and the Church

We believe that the books of the Old and New Testament, comprising the Holy Bible, are the inspired Word of God. We believe that the Holy Spirit supervised the writers of the Scriptures in what they wrote so that, using their own peculiar personalities, the very words recorded in the original manuscripts are the inerrant revelation of God. We believe the Bible not only contains the Word of God but actually is God's Word and, therefore, is the complete and final authority for belief and behavior. We believe that this inspiration extends equally and fully to all parts of Scripture: historically, poetically, doctrinally and prophetically (2 Tim. 3:16, 2 Pet. 1:21, 1 Cor. 2:13, John 17:17).

We believe that there is one and only one true and living God, an infinite Spirit who is the Maker and Supreme Ruler of the universe. We believe the Scriptures reveal Him to be holy, sovereign, omnipotent, omniscient, omnipresent, eternal, immutable and full of love, justice, goodness, mercy and truth. Although there is only one God, we believe that in the unity of the Godhead there are three eternal and coequal persons: the Father, the Son, and the Holy Spirit. We believe these members of the Trinity are the same in substance, having precisely the same nature, attributes and perfections, but are distinct in subsistence, executing different but harmonious functions (Mark 12:29, John 4:24, Matt. 3:16-17, Matt. 28:19, 2 Cor. 13:14).

We believe that Jesus Christ is the pre-existent and eternal Son of God who became man in order to reveal God and redeem man. We believe He was supernaturally conceived of the Holy Spirit and born of the virgin Mary. In His person, we believe the Lord Jesus combined forever full and undiminished deity with true and perfect humanity to become the God-man. We believe Christ died on the cross as a substitute for sinful man, was buried, arose bodily from the tomb, ascended into Heaven where He ministers on the behalf of saints, and someday will come again for His own (John 1:18, 8:58, Matt. 1:23, Col. 1:15-17, 1 Tim. 1:15, 3:16).

We believe that the Holy Spirit is the third Person of the Trinity, fully equal with God the Father and God the Son. Although He is of the exact same essence, we believe He is a personality distinct from the other members of the Godhead. The Holy Spirit, we believe, has an active ministry to the world in general which includes the restraining of evil, convicting of the unsaved and bestowing of God's goodness on all mankind. We also believe He has a ministry to every Christian which consists of regenerating, sealing, indwelling, baptizing into the Body of Christ, and the giving of spiritual gifts. We believe some of these gifts such as apostleships and prophesying new revelation have completed their function and thus are not for the Body of Christ today. Nor do we believe that speaking in tongues or healing services are a part of Corporate worship. Other ministries to obedient Christians include filling, assuring, teaching, guiding and comforting (Acts 5:3-4, 2 Thes. 2:3-9, John 16:7-11, Matt. 5:45, Tit. 3:5, Eph. 1:13, 1 Cor. 6:19, 12:13, Eph. 3:20, 1 Cor. 14, James 5:14, Eph. 5:18, Rom. 8:16, 14, John 16:13, 7).

We believe that God created an order of spirit beings known as angels before the formation of the world for the purpose of worshipping and serving Him. We believe angels possess individual personalities and are intelligent, powerful, and inferior to God but superior to man. Lucifer, we believe, was one of the highest in rank of all the angelic beings in eternity past, but he sinned through pride and rebelled against God, thereby becoming Satan. We believe the Devil's proclaimed purpose is to oppose the plan of God and to promote his own evil program by deceiving and attacking men. In carrying out his work, we believe Satan is aided by other fallen angels known as demons or evil spirits. We believe these demons can influence, tempt, and control all men and even "possess" unbelievers. We believe there are unfallen angels, known as elect or holy angels, who carry out the will of God by ministering to men (Col. 1:16, Heb. 1:6, 2 Pet. 2:11, Isa. 14:12-15, 1 Pet. 5:8, Eph. 6:12, Heb. 1:14).

We believe that the Triune God, according to His sovereign will and for His own glory, created the heavens and the earth without the use of pre-existent material. All living things, we believe, came into being by a direct creative act of God and not by an evolutionary or random process, and thus have an existence distinct from Him and yet always dependent on Him (Gen. 2:4, Prov. 16:4, Acts 17:24, Col. 1:16-17).

We believe that man was created in the image and likeness of God in a state of innocence. Through deliberate disobedience, we believe man fell from his sinless state and as a consequence lost his fellowship with God and became subject to spiritual and physical death. We believe that through Adam's transgressions the entire human race has inherited a corrupt nature which is essentially evil and unable to please God (Gen. 1:26-27, 3:24, Rom. 5:12, Eph. 2:1-3).

We believe that sin is anything contrary to the character of God. Every man, we believe, is alienated from God because of his depraved nature as well as personal acts of sin. We believe that each person born into the world is separated from God and completely incapable of meriting salvation and avoiding the judgment of God. The sin nature, we believe, is never eradicated, even for those who are born into the family of God, but it remains until the end of life. However, we believe God has made provision for forgiveness of sin through the blood of Jesus Christ and victory over sin through the power of the indwelling Holy Spirit (Rom. 3:10, 23, 6:23, Eph. 4:18, 1 John 1:8-10, Gal. 5:16-17).

We believe that salvation from the penalty and power of sin is provided only through the blood of Jesus Christ which He shed on the cross when He was made sin for us and died in our place. We believe, there is nothing man can do to attain this salvation through good works, moral achievement or religious status. We believe the one and only condition for salvation is personal faith in Jesus Christ as one's own substitute for and Savior from sin. At the time of salvation, we believe a person is spiritually regenerated, his sins are forgiven, God's righteousness is imputed to him, and he is declared righteous in the sight of God. This salvation, we believe, is complete and a present possession of all believers which remains theirs forever. All who have trusted Christ as Savior are kept secure and will never lose their salvation (1 Pet. 1:18-19, 2 Cor. 5:21, 1 Pet. 2:24, Eph. 2:8-9, Tit. 3:5, Eph. 4:32, Rom. 5:1, Rom. 8:38-39).

We believe that the Church is a unique organism composed of individuals who have placed their faith in Christ as Savior. The Church began, we believe, on the day of Pentecost and will continue its distinct purpose until the Rapture. We believe that the Church exists in both a universal aspect, as the Body of Christ, and in a local assembly of believers. The local church, we believe, has the twofold purpose of the edification of believers and the evangelization of the lost. The two ordinances of the church are water baptism, which we practice by immersion, and the Lord's Supper, which we believe to be a memorial of Christ's death and is open to all believers (1 Cor. 12:13, Acts 2:1-4, 1 Thes. 4:13-17, Col. 4:16, Eph. 4:7, Heb. 13:17, Matt. 28:19-20, 1 Cor. 11:23-28).

We believe that God administers His purpose in the world through man under varying dispensations or stewardships, such as the period of Mosaic law, the present age of grace, and the future millennial kingdom. We believe that these dispensations span the entire history. (Tit. 3:5, Eph. 4:32, Rom. 5:1, Rom. 8:38-39).

We believe that the next event in God's prophetic calendar is the Rapture of the Church when living and dead Christians will be caught up to meet the Lord and receive rewards at the Judgment Seat of Christ. Following the Rapture, we believe a seven year period of Tribulation will commence upon the earth at which time God's wrath will be poured out on mankind. We believe God's millennial kingdom will be ushered in by Jesus Christ when He returns to the earth in power and glory to rule sovereign over the world for a thousand years. The unsaved dead of all ages, we believe, will be raised after the millennium to face the judgment of the Great White Throne and will be cast into the lake of fire where there will be eternal punishment. We believe the redeemed of all ages will exist in an eternal state of joy and bliss in the new heavens and new earth where they will worship and serve God forever (John 14:3, Heb. 10:37, 2 Cor. 5:10, Matt. 24:21-31, Rev. 20-22).

Have a question about what we believe at Hill Country? Get in touch with a person on our lead team directly by clicking the button below. 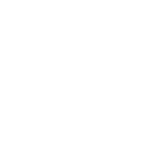